Every time I see girlfriends meet up or do a bunch of things as I scroll through my Instagram feed, i experience a ka-feeling. I don’t know how to describe this feeling except to say that its a combination of awe with a bit of jealousy. Awe because well, the aspect of frienship fills my heart with so much joy and warmth. As a person who has experienced deep friendship, the way these relationships strengthen you and empower you can definitely not be paralleled. Jealousy because, how are y’all just a group of friends? This part has not been a reality for me…At lest not as far as girlfriends are concerned.

You see, right from the beginning, I was a loner. Maybe a loner isn’t the word… In pre-primary I was the child at the corner with short to no hair (that my mother cut with a pair of scissors!! yup!), didn’t carry crisps for break and wasn’t rich. Basically there was nothing to write home about. I couldn’t have conversations to save my life either because in the rare chance that you got past this boy-girl look, I couldn’t tell you about the latest cartoon or whatever kids used to watch then. So for the most part I hung out alone. A few years later a girl moved into our estate and that became my first friend. We hung out for most of class two (2nd grade) but they had to move away after her dad died. She was pretty cool and could draw, which is how I learnt how to draw a couple of things. I’m pretty OK as far as observational still drawing because of her. I remember really thriving in that space of having a friend….(even though my  teacher thought it wasn’t a good idea. Maybe because I always copied and kinda felt like I didn’t know shit around her.) I remember once she told me that “I take advantage of people” which came unprovoked, and I had my first reflecting moment of my life. I asked her how i did that and she didn’t explain. I still don’t know what to make of it. 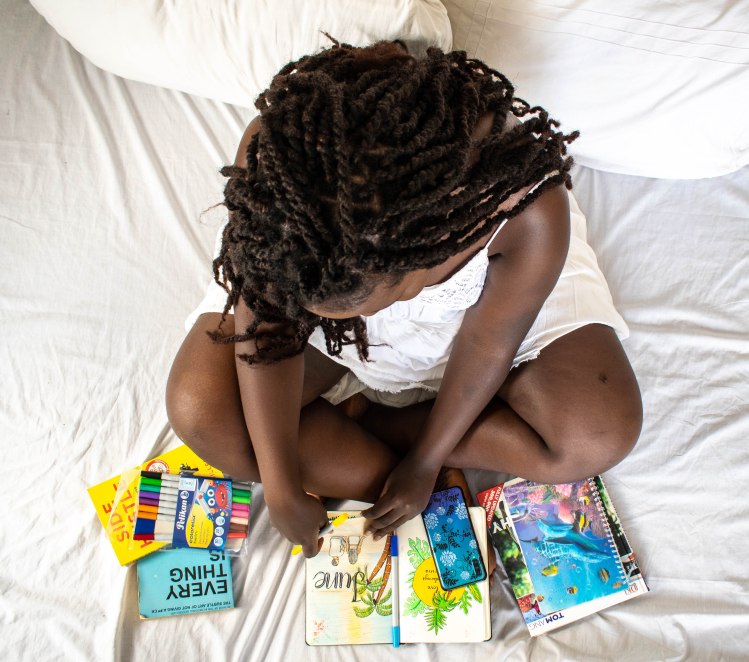 I joined my first clique of friends in class 5. Before this I never really had a friend until class four, in between this interactions I learnt that the only value that I could bring to a friendship was probably academic. So I really threw my weight behind that space. So my clique debut was not a big surprise. I had been busy being occasional friends to people who had other friends and studying. So the reason I was in the clique was because well, I was smart….and a fellow smart person was in the clique. Actually it was a clique of smart people…basically a space to do unsmart things. In hind sight that group was so messy though. The in thing then was to have a crush. So as part of that group you sort of had to have a crush or look like you had one. Since I always struggled with not having something to share in a lot of topics, I made sure at least I had in this one….which was not a very smart idea. I soul searched… and (because I had read the dating books and got fed the age difference shit) I settled on a classmate of my sisters who was kinda funny and cute. Fun fact:his name was Brian. This ended up embarrassing me though, but I kept it up for the whole of class five.

Because we were always shuffled when we proceed to the next class, our clique broke up. I didn’t have much clique life after that actually though we had a small stint in class 6 which again was super messy. (literal face palms). This however started my individual friendship journeys. I began to value having my individual relationship with my friends. Which was me through high school. I found that I was able to appreciate people a lot more one on one. It was safe enough for me to open up without much pressure.

One of my biggest adult questions/ musings however is how being in a group of friends works and how y’all manage . because man, I tried and it really backfired on me. I prefer small amounts of interactions per unit time. Its not like I don’t have girl friends, I actually do. Just individual interactions, like they don’t know each other. Sometimes I wonder whether its weird, or if I need a circle of girlfriends…or whether my sisters count as such. Do I need a girl’s trip? Or a group of girls to support and cheer me? Where do I find them? I really don’t know the answer to this… But I guess that’s adulting for you.

Free to smile again…. It's been a difficult week but I am so glad that we have made it through…. I miss having distractions… 🔹 Also smiling because I am expecting a love package from my sister @_muma._…. ❤️ 📸 @mc_keen_knee #life #smiles

Donate to the blog

Donating helps to keep me creating quality content on the blog..and caters for incurred costs .